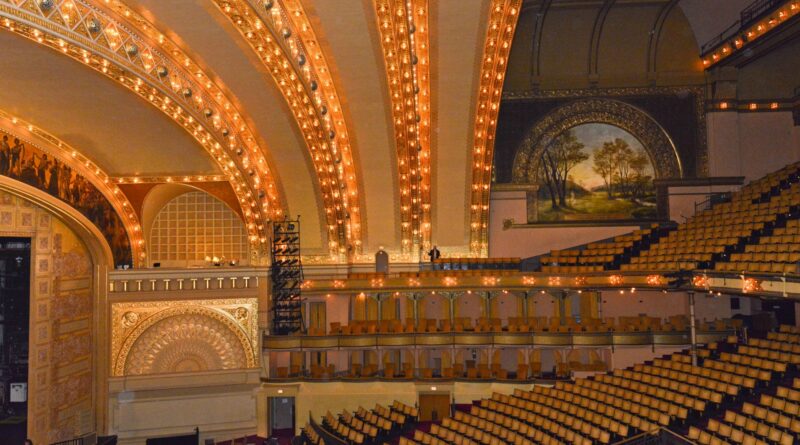 The Auditorium Theatre of Roosevelt University has been awarded a $425,000 grant from the John D. and Catherine T. MacArthur Foundation. The five-year grant will help strengthen the theater’s diverse programming, extend community outreach and education efforts, and support restoration and preservation initiatives.

“We are deeply grateful for the MacArthur Foundation’s renewed commitment to the Auditorium Theatre, which has played a defining role in Chicago’s cultural landscape since 1889. We are looking forward to the next five years as we reach new communities while strengthening the relationships with our current audiences; present the finest local, national, and international artists; and ensure that the theatre will be here for the next 128 years,” says Tania Castroverde Moskalenko, Auditorium Theatre CEO. “As the Theatre for the People, we aim to make the arts accessible to all, and this award will help us as we expand programs like our ADMIT ONE initiative, which brings community groups to the theatre at no cost, and as we continue to present and produce programming that reflects the rich diversity and vibrancy of the great city of Chicago.”

Promoting a commitment to presenting and producing the finest cultural and educational programming to all of Chicago and beyond, The Auditorium Theatre’s “Made in Chicago” Dance Series highlights local companies like Giordano Dance Chicago, Hubbard Street Dance Chicago, and Ensemble Español Spanish Dance Theater. The theater also brings internationally-renowned dance companies, including The Royal Ballet and Eifman Ballet of St. Petersburg, and critically-acclaimed vocalists including Kathleen Battle, Bernadette Peters, Patti LuPone, and many others to the city. In recent years, the theater has partnered with local institutions such as Chicago Jazz Philharmonic, Joel Hall Dancers, and the Chinese Fine Arts Society to bring new and innovative works to the Auditorium Theatre stage.

Through its Creative Engagement department, the theater offers educational programs that reach over 10,000 young people each year, working with 96 schools in the Chicagoland area, including 58 Chicago Public Schools. These initiatives include special Student Matinee performances, in-school residencies that bring professional artists to classrooms around the city, and professional development opportunities for teachers via the ArtsXChange program, which helps teachers incorporate the performing arts into their classrooms by linking concepts from music, theater, and dance to core curriculum subjects such as math, English, and science. In the summer, the theater’s signature Hearts to Art camp provides a place for young people between the ages of 7 and 14 who have experienced the death of a parent to explore the healing powers of the performing arts through music, dance, and theater.

The ADMIT ONE initiative, launched in 2016, breaks down barriers for community groups that might not otherwise be able to come to the theater, covering ticket costs and transportation and providing educational workshops prior to performances. Since its launch, nearly 1,200 guests have visited the theater via the ADMIT ONE program. Groups including Harmony, Hope & Healing; Facing Forward to End Homelessness; and Heartland Human Care Services have attended performances by Alvin Ailey American Dance Theater, Eifman Ballet, Kathleen Battle, and Jackie Chan’s Long Yun Kung Fu Troupe from Beijing, among others. The Auditorium Theatre community at large helps fund the ADMIT ONE program, with many ticket-buyers adding $5 on to their orders when purchasing tickets to contribute to the program. The theater plans to continue to expand ADMIT ONE in the coming years.

The Auditorium is a 128-year-old National Historic Landmark that has undergone two major renovations in its history (in the 1960s and in the early 2000s), but there is more work to be done. Theater staff and Board are now looking at plans for the venue’s next major renovation, which will aim not only to restore and elevate its original beauty but also to equip it with the most advanced technology in order to provide performers and audience members with the best possible experience.

“The Auditorium Theatre has been here long before any of us arrived and it will be here long after we are all gone,” says Castroverde Moskalenko. “We need to honor our history while also embracing the future, and that starts with restoring the theatre to its original glory. Having the support of the MacArthur Foundation helps us work towards this goal.”

For a complete listing of events at the Auditorium Theatre, visit auditoriumtheatre.org. 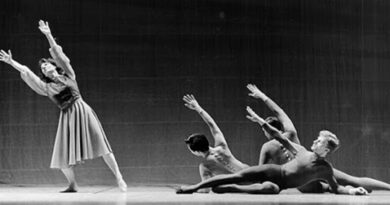 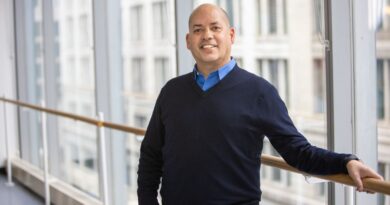 Out of the Ashes: A New Role At Joffrey Academy 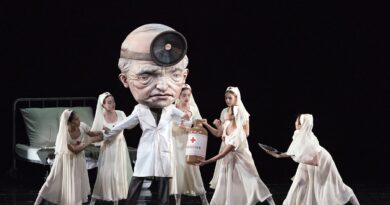