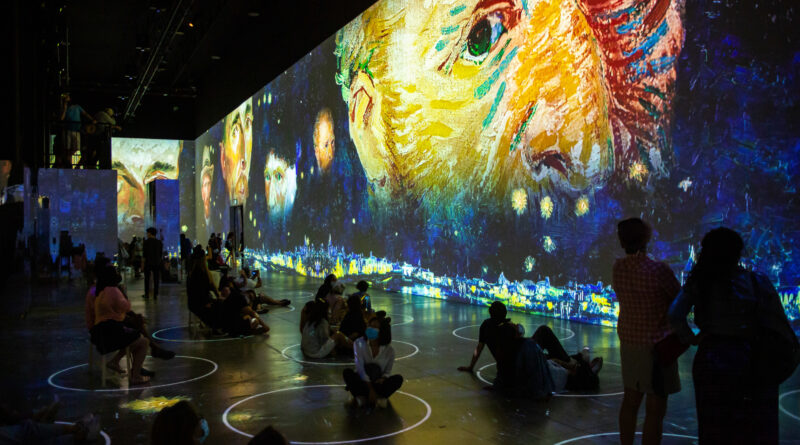 Have you ever wanted a bird’s-eye-view into the minds of the great masters of art or music?  Ever tried picturing how a Mozart or Picasso envisioned the world around them? It’s an intriguing thought. The Immersive Van Gogh exhibition on view through November in Chicago’s Old Town just may give you such insight into the mind of Dutch post-impressionistic painter Vincent Van Gogh. One of the most influential and iconic artists of the modern era, Van Gogh’s tragic life preceded what would emerge as nearly unprecedented fame and influence in the world of art.

Born in the Netherlands, Van Gogh embraced the artistic bent for nature, drawing and watercolors expressed by his mother, artist Anna Cornelia Carbentus. Quite like his mother, Van Gogh was a rather serious, moody, pensive artist. Early on in his life he worked at his uncle Cornelis’ gallery as an art dealer, travelling often. He quickly experienced bouts of depression after transferring to a gallery in London. His mental health waxed and waned periodically before he decided to take his own turn as an artist in 1881, having returned to his parents’ home. Van Gogh’s younger brother Theo was a major source of support for the artist, both morally and financially, throughout his short life. His early works were largely comprised of still lifes with few examples of the vibrant color indicative of his later output. As his aesthetic evolved, it would begin to embrace a more impressionist sensibility. His stills and landscapes grew brighter, more vivid and his subjects grew more insular. Over the course of his life, Van Gogh’s enormous output encompassed over 2,000 pieces that ranged from ordinary household items and self-portraits to surreal, awe-inspiring landscapes.

Tragically, Van Gogh would suffere from repeated bouts of the depressive states he experienced early on, with delusions and psychotic episodes often hindering any sense of stability for the artist. Adding to a constant concern for his mental state, Van Gogh also neglected his physical health with heavy drinking and a poor diet. His friendship with the French artist Paul Gaugin ended famously when a confrontation with a razor resulted in Van Gogh severing his own left ear.  After a spate of time in psychiatric hospitals, his depression persisted. The artist died days following what is believed to be a self-inflicted gunshot wound to his chest.

Sadly, Van Gogh was commercially unsuccessful in his own lifetime. He was largely considered a failed artist whose reputation was tinged with madness. Following his death, however, his work and legacy would begin to emerge in a new and very different light. Today, Van Gogh is recognized as a tortured genius whose talent was misunderstood, and mental health vilified.

Since the early 20th century, Van Gogh’s style and aesthetic have maintained powerful influence over important artistic movements like the Fauves and German Expressionists. His work enjoys widespread critical and commercial appeal, and he is known as among the most iconic and important artists of all time, which has yielded a lasting curiosity into the mind of the artist.

Enter Immersive Van Gogh, the Chicago premiere exhibition on view at Lighthouse ArtSpace in Chicago. The new art facility in Old Town’s newly renovated Germania Club Building houses three stories of space in which to reimagine some of the most iconic works from Van Gogh’s output, and to quite literally frame visitors squarely within them. Immersive Van Gogh invites audiences to “step inside” iconic works of the post-Impressionist artist, evoking what exhibit creators call Van Gogh’s “highly emotional and chaotic inner consciousness through art, like, music, movement and imagination.”

The exhibition was designed by creative director and Italian film producer Massimiliano Siccardi and has all the cinematic appeal one might expect from a film veteran of his stature.  Scenes are taken directly from some of Van Gogh’s most beloved works and vacillate rather organically in and out of one another, enveloping the viewers from the very instant the show begins. Floors, walls, doors and seating all become canvas making the viewer part of the fluid scenes. The experience is a visceral one.

The original soundtrack is a large part of that experience. Created by Italian multi-media composer Luca Longobardi, the score combines experimental electronic music with pure, ethereal and seemingly-simple piano works.

Award-winning art director Vittorio Guidotti’s immersive lighting also plays a pivotal part in crafting the experience of the show. With more than 50 projectors illuminating over 14,000 square-feet, visitors to Immersive Van Gogh are immediately encircled from head-to-toe in Van Gogh’s brushstrokes and colors, and with lively animated elements from iconic works like Self Portrait with Felt Hat (1888), The Bedroom in Arles (1889), the ethereal Irises (1889) and Van Gogh’s ever evocative work, The Starry Night (1889).

Choreographing these elements together in such a fluid and organic way—a way that is tailored to the sprawling Victorian architecture of the Germania Club Building—invites the viewer to experience Van Gogh, an artist many are familiar with, in ways we never could have imagined. And that was the point of this new immersive experiment of sorts. Said Massimiliano Siccardi, “Despite being unknown throughout his life, Van Gogh’s artwork has created a lasting impact through its emotional richness and simple beauty. Both myself and Luca Longobardi are very excited to be able to bring Van Gogh’s legacy to life in a way that is unique to the beautiful architecture of the Germania Club Building.” And as intriguing as that is, what may be even more important is that after centuries of art appreciation, this unique compilation of art, light, music and technology ushers in an entirely new way of experiencing art altogether.

“Immersive Van Gogh is a new way of encountering art, as it quite literally surrounds viewers on all sides with the brilliant work of one of the greatest painters of all time,” noted Immersive Art Space Co-Producer Corey Ross. “Both connoisseurs and new admirers of Van Gogh’s work are guaranteed a breathtaking perspective on the influential artist’s oeuvre. Merging state-of-the-art technology, theatrical storytelling, animation and some of the finest works of art ever created, Immersive Van Gogh is a uniquely mesmerizing experience that seemingly transports the viewer into the artist’s mind to see these timeless works as never before.”

Immersive Van Gogh opened in Toronto in July 2020 and has garnered high praise from critics around the globe. The show’s debut in Chicago has shined a spotlight on not only iconic works of Van Gogh, but also a little-known gem in the Windy City arts scene. Lighthouse ArtSpace Chicago launched in 2020 in the recently renovated landmark Germania Club Building. The three-story facility is dedicated to immersive art presentations, merging the boundaries between entertainment and culture, and providing visitors a sense that they are encountering art as they never have before. Leveraging the building’s Victorian Era architectural details, the 35-foot-tall walls and multiple levels with balconies, the venue proffers vibrant art installations that envelop the viewer from all sides, making them part of the experience and revealing a new way to experience art.

Immersive Van Gogh will be on view at Lighthouse ArtSpace in Chicago’s Old Town through November 18, 2021. Visit vangoghchicago.com to learn more. 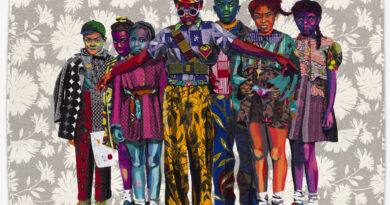 Patterns in History: Bisa Butler Portraits at The Art Institute 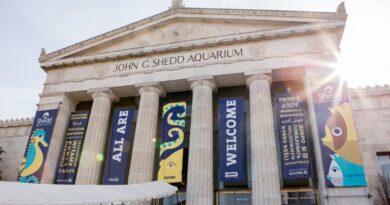 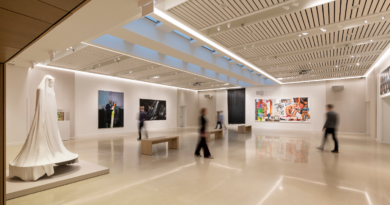