Chicago Children’s Choir will present its signature concert Paint the Town Red for the first time since 2019 at the Pritzker Pavilion in Millennium Park on Thursday, May 26.

In person at the Pritzker Pavilion for the first time since 2019, Paint the Town Red will take place on Thursday, May 26, at 11 a.m., with a pre-show starting at 10:45 a.m. Thousands of youths from every Chicago zip code will gather to perform alongside Grammy-Award winner Peter CottonTale, as well as acclaimed opera singer Jonathan Green, Eurovision star vocalist Vasil Garvanliev, Chicago’s The JuJu Exchange and other guest artists to celebrate 65 years of the Choir changing lives through music.

“This is what it’s all about,” said CCC President Josephine Lee. “We use the effervescent experience of music to unite voices, forge new friendships and captivate the city, and with Paint the Town Red this year, that’s exactly what we’ll do. This is an event for everyone, whether you’re a Chicago native or visiting from around the world.”

As part of the celebration, frequent CCC collaborator and Grammy Award-winning producer and artist, Peter CottonTale, will join the Choir to perform “Together,” CottonTale’s original song that was featured in Google’s 2020 Year in Search video, which went viral with more than 230 million views and was performed on The Late Show with Stephen Colbert on Inauguration Night 2021.

This uplifting concert will also feature the world premiere of “Look Into the Sky” a collaborative musical piece composed by Grammy Award-nominee Ayanna Woods and The JuJu Exchange co-founder Julian Davis Reid. The piece was developed through a series of workshops with CCC singers to give young people a way to voice their perspective on ecological responsibilities and the relationship between the city and the environment.

The concert showcases the breadth of repertoire and cultural learning signature to the choir. The heart-stirring, “Still Here,” written by composer-in-residence W. Mitchell Owens III for the 2021-22 season, serves as an anchor as it honors the 65th anniversary of the choir with a powerful message of hope and resilience. Other highlights include “Te Deum” from a recent collaboration of Tosca between CCC and Lyric Opera; Janet Jackson’s “Rhythm Nation,” featured in CCC‘s annual Black History Month concert earlier this year; “Latinoamerica,” a part of the upcoming (June 11) annual Canto Latino concert’s curriculum celebrating Chicago’s Latin American heritage; Civil Rights anthems reflective of the choir’s 1956 founding; as well as songs in Latin, Korean, Hebrew and Zulu.

For more information on this free event, visit cchoir.org. 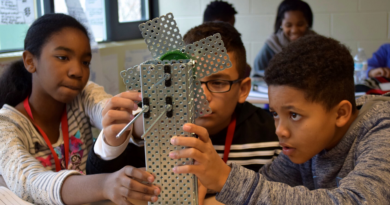 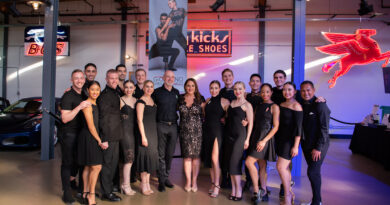