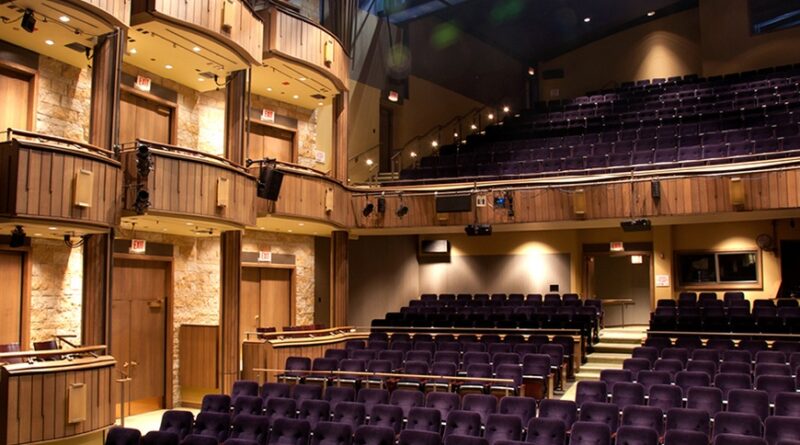 “Almost without exception, people are eager to come back,” declares Mark George, President and CEO of the Music Institute of Chicago, as he talks about the upcoming season of performances. The Chicago arts community as a whole seems to agree that everyone is more than ready to return after a year and a half of being away from live theater, music, and dance due to Chicago’s COVID-19 shutdowns.

Whether it’s audiences, performing artists, arts educators, or those working behind the scenes, the consensus is that people are excited to get back to the business of live performances, and arts organizations and the City of Chicago are taking steps to make that happen.

Live arts experiences aren’t exactly roaring back all at once, though. Chicago, as always, takes advantage of sunny summer days to have outdoor festivals, and those outdoor, well-ventilated venues are especially crucial for the comfort and safety of artists and audiences re-learning how to navigate being in shared spaces again.

One such venue is the Harris Theatre. The Harris is launching its season with a mini outdoor festival. Curated by multi-instrumentalist Sam Trump, “Interplay” is a free, outdoor event for all ages on the Harris Theater Rooftop overlooking Millennium Park. This will be the theater’s first in-person ticketed performance since March 2020.

Deeply Rooted Dance Theater, is one of over 100 organizations that has a busy summer of outdoor performances through participation in the Chicago Night Out in the Parks, facilitated by the Chicago Parks District. The city is sponsoring this and other outdoor performance series this summer as part of Mayor Lightfoot’s “Open Chicago Initiative.” Masks and social-distancing are still required for all guests, so it’s not exactly a return to normalcy, although simply getting back to performing and enjoying performances is a major win.

Nicole Clarke-Springer, Deeply Rooted Dance Theater’s artistic director, emphasizes, “Everyone is ready to get to the art of it all.” Says Deeply Rooted co-founder and executive director Kevin Iega Jeff about working in person again after so many months apart, “I sat in on rehearsal last night, and It was just beautiful to see the energy in the studio.”

Indeed Deeply Rooted and most other companies are looking forward to the coming months when they anticipate being able to perform indoors again. For the dance company, that will include kicking off their new partnership with the Auditorium Theatre with “Roots and Wings,” the conclusion of their 25th anniversary season.

The Auditorium itself is already getting back to in-person work with this summer’s Hearts to Art Camp for young people who have experienced the loss of a parent. That particular program’s face-to-face return was a priority for the Auditorium, and a full season of in-person performances is, of course, top priority as well.

Rich Regan, the Auditorium’s CEO, has been hearing from subscribers who are so thrilled at the prospect of a return to live performances that they’ve burst into tears opening the mailer about the upcoming season. Says Regan, “It’s time, it’s time. We know it’s time.”

As much as producers and audiences are eager for venues to come alive with dance, music, and theater again, artists and administrators are thinking ahead about contingency plans should another shutdown occur, and they’re being proactive about safety measures to do their part to stop the spread of COVID. The Auditorium is just one of many venues in Chicago that is upgrading its HVAC system to address a post pandemic environment, and they’re also consulting with professionals about other ways to mitigate the spread of the virus. Some organizations are trying to figure out seating maps that allow for some distancing between groups, and they aren’t shying away from talking informally with patrons about their vaccination status either.

Additionally, performing arts organizations are planning to maintain some of the virtual programming they’ve developed over the course of the pandemic. Steppenwolf Theatre Company, while planning a major comeback beginning in November, is continuing to offer its virtual membership through the end of August, allowing the public to stream six productions created specifically for online performances.

Likewise, Goodman Theatre continues to have some online events this summer as they ease back into performing in person. Unlike Steppenwolf, which is sharing pre-recorded performances, the Goodman will be streaming performances live to ticket holders. Performances will be captured up close with multiple cameras to deliver the intimacy of theater and give Goodman audiences a front-row seat to the action.

One of the unexpected benefits of all of the digital programming over the last year and half is that organizations have discovered they can reach audiences all over the world. Deeply Rooted Dance Theater worked with a group online in South Africa last summer. The Auditorium has given virtual tours to people all over the country, and Music Institute of Chicago’s teachers were able to reach students who they might not have worked with otherwise because those students didn’t live nearby. While organizations have no intention–and frankly no desire–to move everything online permanently, they are interested in maintaining a presence beyond the boundaries of Chicago and its surrounding suburbs.

Explains Music Institute of Chicago’s (MIC) Mark George, “We want to put the online teaching in its proper place which is as a complement to in-person teaching.” MIC is also planning to livestream almost everyperformance and recital going forward to allow greater participation from those patrons who don’t live in the area as well as for local audiences who simply can’t make the time to attend every concert in person.

The Auditorium is planning to continue its virtual tours and to explore making supplementary content available online such as interviews and Q&A sessions.

The Harris Theatre is also planning to make artist talks and panels available online as well as lots of other digital material to complement their live offerings. Says Meghan McNamara, Vice President of Harris Theater Presents and Partnerships, “This allows us to host those conversations and really open them up to everyone.”

Similarly, the Lyric Opera is leaning into digital access. Though the Lyric is planning a full season to be performed in person beginning in fall 2021, it is also taking the extraordinary step of making every performance available online to their ticket holders should patrons prefer to continue avoiding crowds for the time being.  During the summer, a variety of online-only content is available to keep audiences engaged until the new season launches.

As much as audiences and producers are ready to get back to live shows, performing artists are that much more eager. Artists, who often work as independent contractors and lost a considerable amount of work during the shutdown, have been especially hard hit in the last year.

Chicago Dancers United has been in constant contact with many of the city’s dancers and understands those challenges firsthand. Originally founded during the AIDS crisis, Chicago Dancers United broadened its reach in the last 18 months in response to COVID to offer support for general health and wellness needs.

Michael Anderson, President of the Board of Directors of CDU has heard from many dancers over the past year who have struggled throughout the pandemic. “Overall,” he says, “everyone is glad to be getting back to work.”

And there’s lots of work to do. Almost every organization interviewed for this piece is in the midst of some sort of hiring phase. Whether they’re adding to their ensemble of performers or hiring front of house staff to welcome guests, venues and producing companies are gearing up in preparation for the return of live entertainment.

Harris Theater’s Meghan McNamara exclaims, “We are so excited to be back! The season includes a lot of projects that have been years in the making.” For the Harris, that includes Akram Khan’s Creature in partnership with the English National Ballet–a collaboration that both organizations have been working toward since 2018.

The celebratory vibes are rippling throughout the Chicago arts community with seasons that have been crafted with extra special care, heralding the resurgence of performances.

The Goodman is celebrating the return to live theater with a revival of “Gem of the Ocean,” the start of August Wilson’s century cycle which first premiered at The Goodman in 2003. For the first time in Steppenwolf Theatre’s history, each play has been written by an ensemble member. The Lyric has spent the pandemic undergoing a renovation, and welcomes audiences with improved accessibility, brand-new seats, better sight-lines, and increased comfort in addition to a season full of fresh takes on classic and new works.

From the most modest storefront theatre to the largest performance venues in the city, Chicago has a lot of live theatre, dance and music to look forward to. Subscription rates are steady, and single tickets will be available soon if they aren’t already. While no one can know for sure what the future holds, folks are generally optimistic, and there’s no shortage of gratitude for the donors and patrons who have continued their support throughout the last 18 months of challenges.

MIC’s Mark George encapsulates the feelings of most Chicago performing arts organizations as they prepare to return: “We’re thankful that our constituents have hung on with us, and we feel very blessed.” 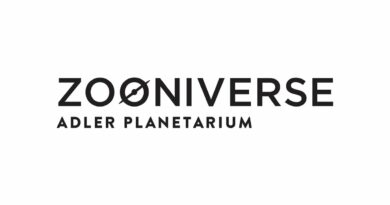 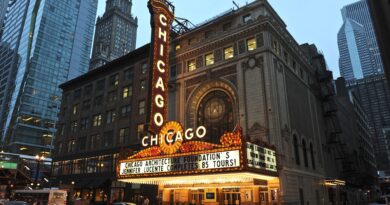 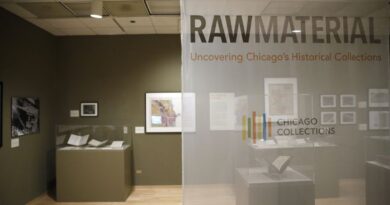