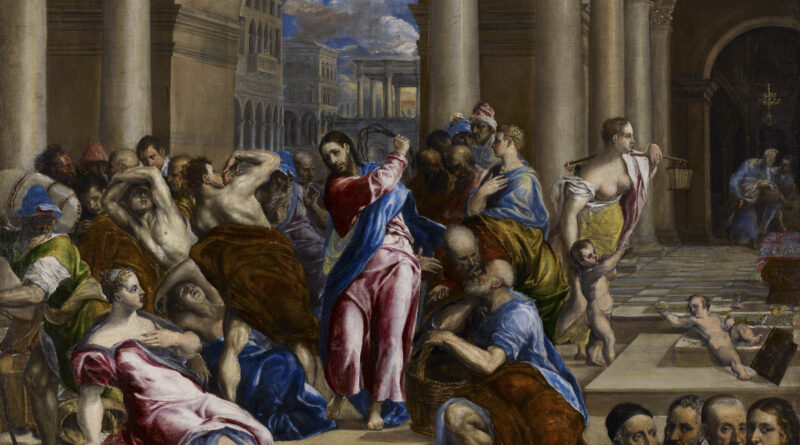 There’s something quite fascinating about a historical figure whose life’s work has transcended generations. When that figure is someone who’s motivations and movements were shrouded in mystery, their work bears even more scrutiny. Their works take on even more meaning. A new exhibition at the Art Institute of Chicago seeks to unveil the mystery behind one such master by examining the works he left behind. A kind of archeological study in one artist’s life pursuits and even psyche, El Greco: Ambition and Defiance seeks to examine the life’s work of prolific Byzantine painter known affectionately as El Greco (“The Greek) in an effort to uncover the man behind the masterworks.

Well-known for the torturously elongated figures and often fantastic or phantasmagorical pigmentation (marrying Byzantine traditions with those of Western painting), El Greco’s striking and representational artistic style was largely misunderstood in his own day.  Today, he is largely regarded as a precursor of Expressionism and Cubism. What’s more is his works and persona have inspired poets and writers throughout the 20th Century.

Born in modern-day Crete in 1541, Doménikos Theotokópoulos trained early on in the Post-Byzantine art tradition, becoming a master of the form before making the journey at 26 to Venice. Making his way to Rome by 1570, likely in an effort to gain support from within the papal circle, the artist would become more well-known by his nickname, El Greco (“The Greek”). There he took painterly influence from local artist luminaries like Venetian School painter Tintoretto, incorporating elements of Mannerism and the Venetian Renaissance. It was an incredibly transformative period for the artist. There he developed close associations with influential artists and collectors including painter Giulio Clovo, Michelangelo and historian Fulvio Orsini.

El Greco’s output while in Rome reflected these influences. Portraits, allegories and religious paintings emanated from commissions garnered by exposure to area elites. As productive as his time in Rome was for his career, El Greco still saw no major commissions there, so in 1577 he moved to Spain. There he would break through with a major commission for the altarpiece for the Church of Santo Domingo el Antiguo in Toledo. The resulting work, The Assumption of the Virgin (1577 – 79) would become one of the artist’s most important masterworks. The scale and format of the work eclipsed anything he had ever achieved. With the success of this work, El Greco would reshape his career. Yet major commissions in Toledo would wane. In an effort to reposition himself, the artist pivoted to thriving portraiture work for area patrons emanating from local culturati. Paintings of theologians, authors and attorneys were quickly added to his core commissions to decorate a series of private altars and chapels of wealthy families.

Perhaps El Greco’s greatest work brought his career in Toledo full circle. His last major piece, The Adoration of the Shepherds (1612-1614), was an altarpiece painted for his own tomb in Santa Domingo el Antiguo. It was the same church that showcased his first altarpiece.

For generations, writers and critics have grappled with just how to describe El Greco’s life and work. He’s been described as a Byzantine icon painter heavily influenced by the Italian Renaissance and an opportunistic social climber feverishly reinventing himself to acquire the recognition and support he felt his talent deserved, He’s been identified as a faith-filled zealot swept away by mysticism and a Modernist. Even his national origins have been questioned over time. Organized by the Art Institute of Chicago; the Réunion des musées nationaux-Grand Palais, Paris; and the Musée du Louvre, El Greco: Ambition and Defiance takes a close look at El Greco’s artistic output to find the answers, charting the development of his unique style across 57 works, from large-scale canvas pieces to intimate panel paintings to sculptures.

Included in the exhibition is The Vision of St. John (1609-1614). Also known as The Fifth Seal of the Apocalypse, the work depicts the souls of the persecuted martyrs crying out to God for justice described in the Book of Revelation (6:9-11). It was painted in the artist’s final years as a side-altar of the church of Saint John the Paptist outside the walls of Toledo. Also on view in the exhibition is Christ Driving the Money Changers from the Temple (1507). It is considered as a masterwork of El Greco’s Venetian period, and a fine example of the Italian Renaissance. Emphasis is placed on the anatomy, the application of color and drama of the scene unfolding before you.

In the wake of stay-at-home orders imposed by the State of Illinois this spring in response to the Coronavirus pandemic, the Art Institute has provided a robust platform for accessing the exhibition’s content online.

Fortunately, these assets work to provide ample opportunity to delve into the questions the exhibition seeks to answer.

Exhibition curator Rebecca Long and research associate Jena Carvana take guests on an online video tour sharing some of the reasons El Greco and his works continue to intrigue critics to this day.

An audio tour made available by way of the museum’s app provides insights from experts on the highlights of this major retrospective. The museum’s also website provides a wealth of articles that examine prevailing themes from the exhibition. Online interactive tools examine El Greco’s The Assumption of the Virgin. As one of the artist’s most important works, the image-rich tool chronicles the origins of the work, one of the artists most important pieces, from its early development to its journey to the Art Institute and its most recent conservation.

And finally, visitors online can trace El Greco’s life and career from the artist’s birth to his education in Crete to his professional development in Italy and his ultimate success in Spain.

So whether you fall on the side of social climber or religious zealot, Byzanitine classicist or pro-modernist upstart, the journey this exhibition takes sets a fascinating narrative revealing an artist at odds with his own legacy, powerfully influenced by the need to move up the ranks to achieve the recognition he rightfully deserved, all by way of a close examination of the massive and diverse output he left behind.

El Greco: Ambition and Defiance is available online at artic.edu through July, 2020. 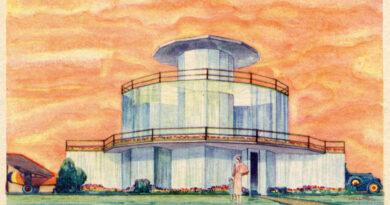 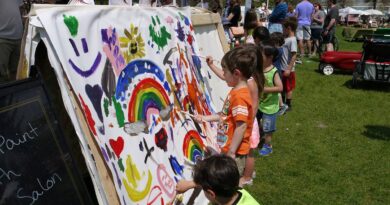 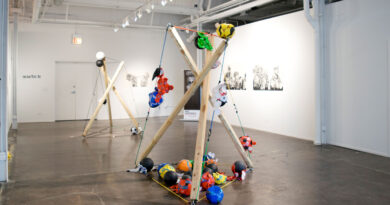