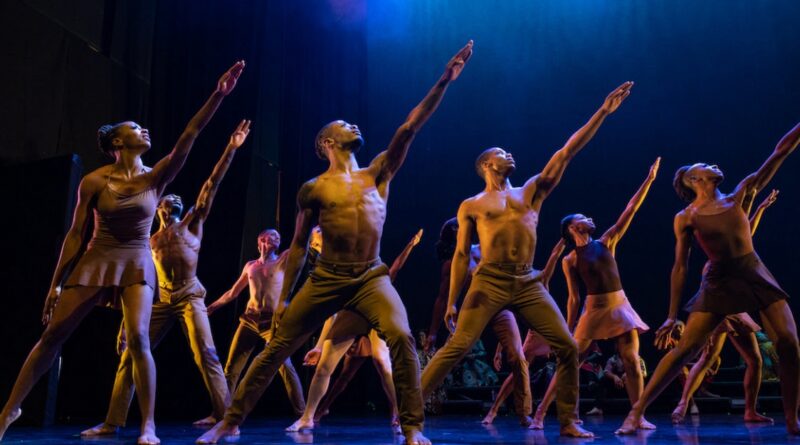 Deeply Rooted Dance Theatre will expand their reach this season with a new presenting partner in the historic Auditorium Theatre.

The 2021-2022 season is getting off to a fabulous start for Deeply Rooted Dance Theater and Auditorium Theatre, which are launching a new partnership together beginning this year and extending at least through the 2024-2025 season.

“It’s always been a dream of mine,” says Deeply Rooted’s co-founder and executive director, Kevin Iega Jeff. “We first self-presented at the Auditorium in 1999 when we produced an evening with Roberta Flack—it was a wonderful collaboration. It was my hope to plant seeds for the relationship we’re beginning now.”

Rich Regan, the Auditorium’s CEO, has been thinking about creating this partnership for quite a while, too. He points out, “I’ve known Kevin Iega Jeff for about 18 years now, and I’ve kind of watched (Deeply Rooted) over the years.” Like Jeff, Regan had a notion that the two organizations would be great partners, and they finally solidified the plan for the upcoming season a year or so ago.

Jeff laughs a little about the length of time it took for those seeds he planted back in 1999 to grow, but the patience, dedication and hard work that went into twenty years of cultivating a relationship with Auditorium Theatre and being an artistic force in the Chicago dance community is paying off in a big way. Auditorium Theatre seats nearly 4000 guests and draws patrons from all over the Chicagoland area as well as tourists visiting the city specifically to enjoy performances at that venue. That additional exposure is a pretty big deal to a growing company like Deeply Rooted. Explains Jeff, “My hope is that it will broaden our reach.”

In addition to broadening their reach, Deeply Rooted is interested in being a bridge between the work they’re doing in the community and a venue that might have seemed off limits to some folks. Explains Jeff, “We are very committed to outreach and engagement inside of schools, community colleges, universities, religious organizations and community organizations. We’re interested in breaking the silos of venues that are perceived as elite and exclusive.” Jeff hopes that Deeply Rooted and the Auditorium can work with other community partners to offer access to performances to a wide range of audiences—some who might not have visited the Auditorium before or even considered it a possibility.

Deeply Rooted Dance Theater has recently made its primary performance home at the Logan Center for the Arts, which is part of the University of Chicago. There’s plenty of mutual respect between the venue and Deeply Rooted, and the dance company is planning to maintain that relationship even as it grows its presence at the Auditorium. Jeff says with appreciation, “It’s a venue we love presenting in. It’s really been wonderful.”

As much as the company enjoys performing at the Logan Center for the Arts, scheduling can be a bit tricky because that venue is highly-utilized by the university. The Logan also seats only about 475 visitors. Despite those challenges, Jeff stresses, “It is beautiful, and it’s been a wonderful home for the company. We will continue to present there as well.”

Audiences will have to wait until spring to see Deeply Rooted at the Logan as the company will be busy this fall gearing up for its first ever solo appearance at Auditorium Theatre, launching their partnership as part of The Auditorium’s “Made in Chicago Series,” which will also include Ensemble Español Spanish Dance Theater, Trinity Irish Dance Company and Giordano Dance Chicago performing on different evenings throughout the season.

With regard to the “Made in Chicago” series Regan says, “The idea is that we look at dance companies who, artistically, are very respected and very strong companies. They’ve traditionally been performing in non-Loop, neighborhood venues. Our idea is to give them a bigger stage and a bigger audience to help grow their standing and their audiences.”

Jeff and Deeply Rooted are ready for that opportunity and recognize that this partnership gives the company a chance to join other well-known Chicago dance companies. Jeff says, “I appreciate the Auditorium seeing us in that ilk and giving a space for us to grow our brand in our home city.”

Jeff continues, “We’re hoping it helps us increase our national and international profile. Chicago doesn’t have many organizations that show its cultural diversity at a level on world-class stages. We have been working to grow the company’s exposure, reach, and brand and the Auditorium Theatre is strategic to that brand.”

Regan sees success a successful partnership between the companies in slightly simpler terms. He says, “Success to me is just helping grow that audience. Where we can, we look to help out the company.”

Building an audience will certainly be a big part of that. After all, going from a 475 seat house to a 3875 seat house is a pretty big deal. However, every theater, dance, or music company knows that rehearsal space is just as valuable to building a strong company that makes powerful art. The Auditorium will offer Deeply Rooted that precious rehearsal space on occasion and generally support the company in this phase of its growth. Says Regan, “We want to make sure their needs are being met.”

During this initial three-year period, both organizations will meet regularly to evaluate how things are going and where they need to adjust. After three years, they’ll reassess and decide collaboratively what’s best for each company. For now, Deeply Rooted Dance Theater’s dedicated patrons and their future audience members have several exciting years of performances at The Auditorium Theatre to look forward to. 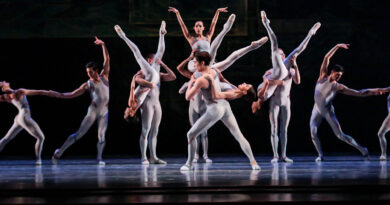 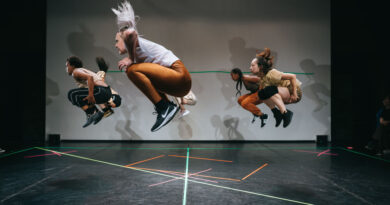 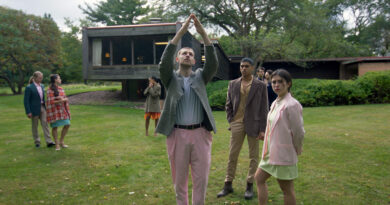